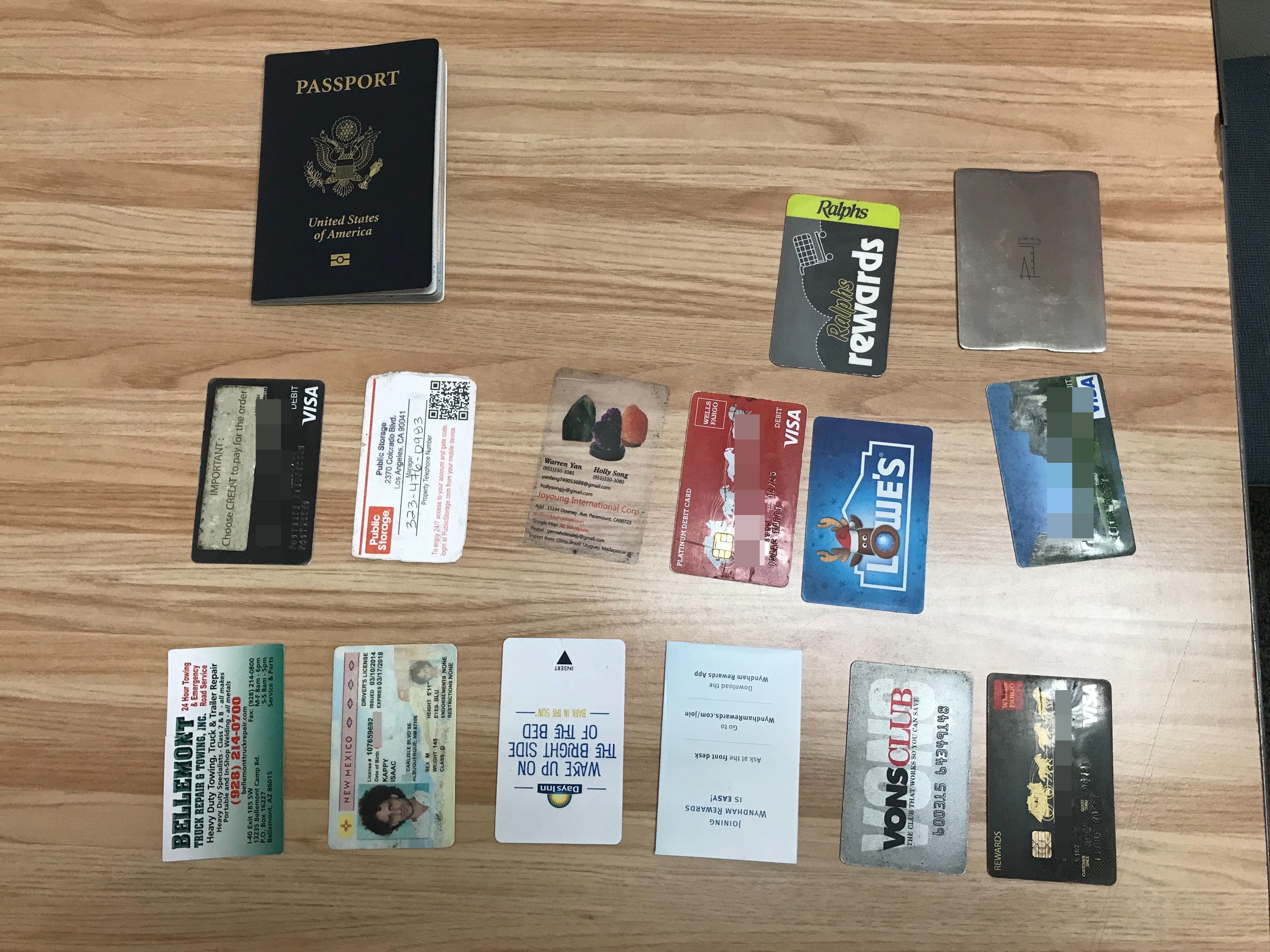 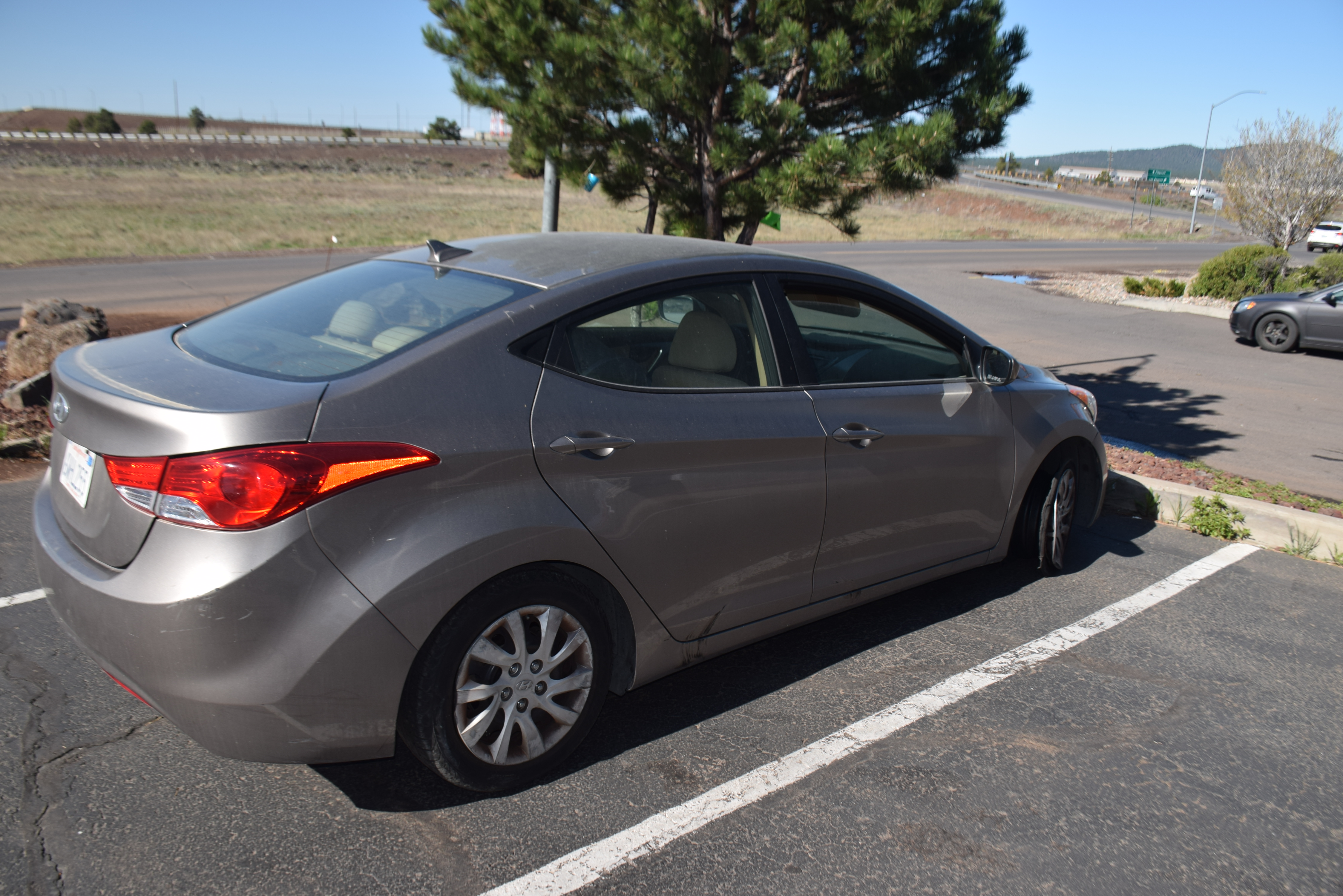 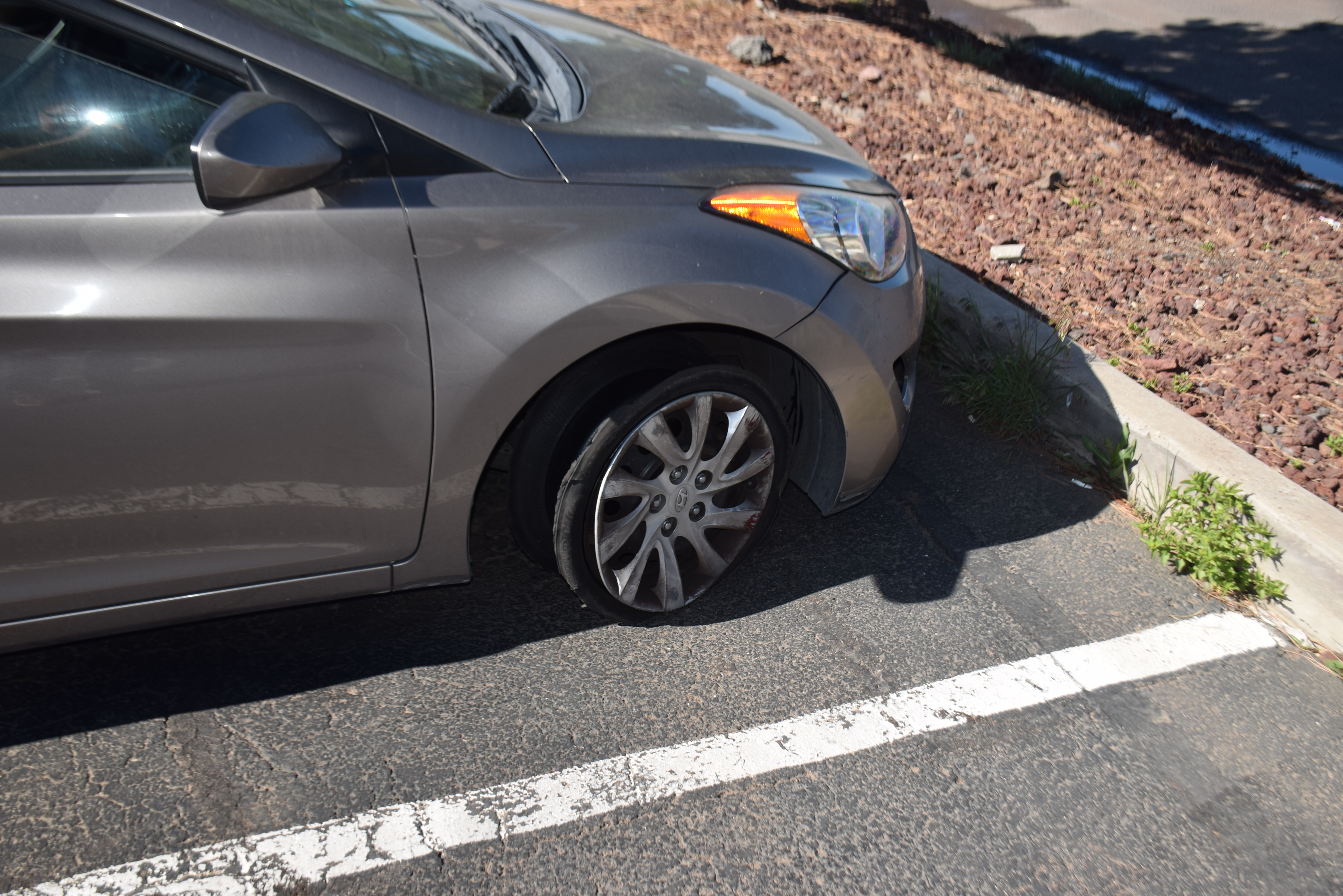 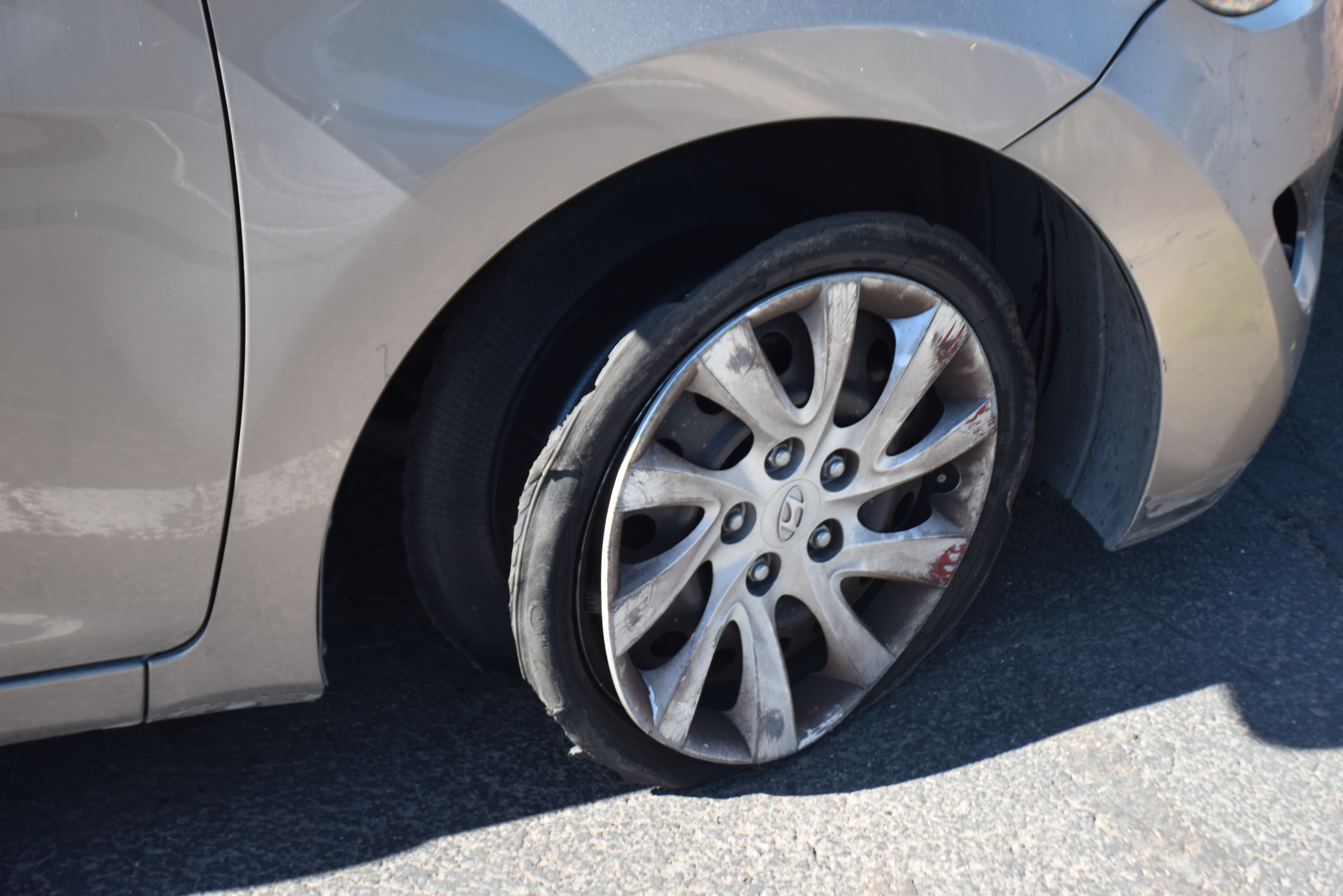 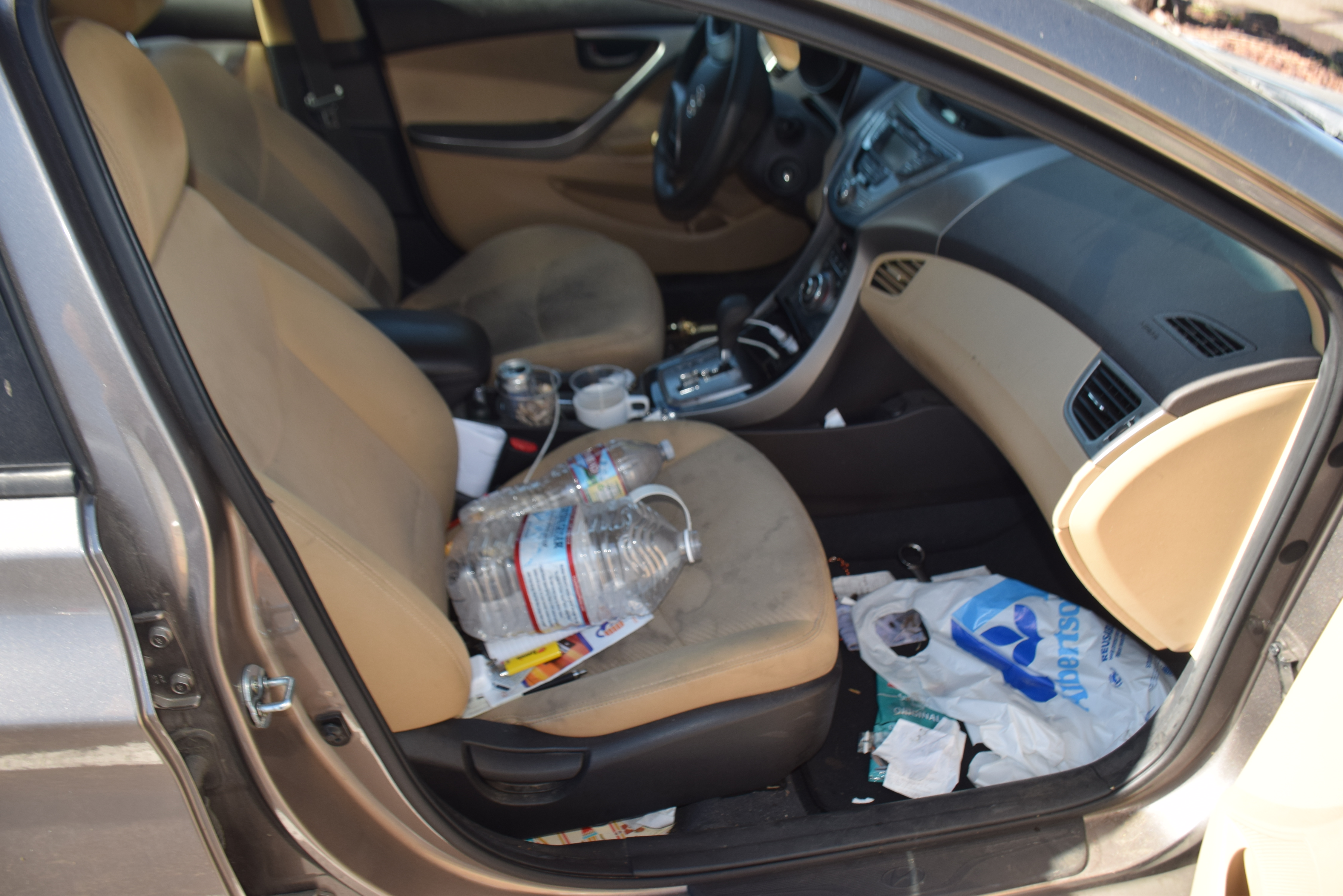 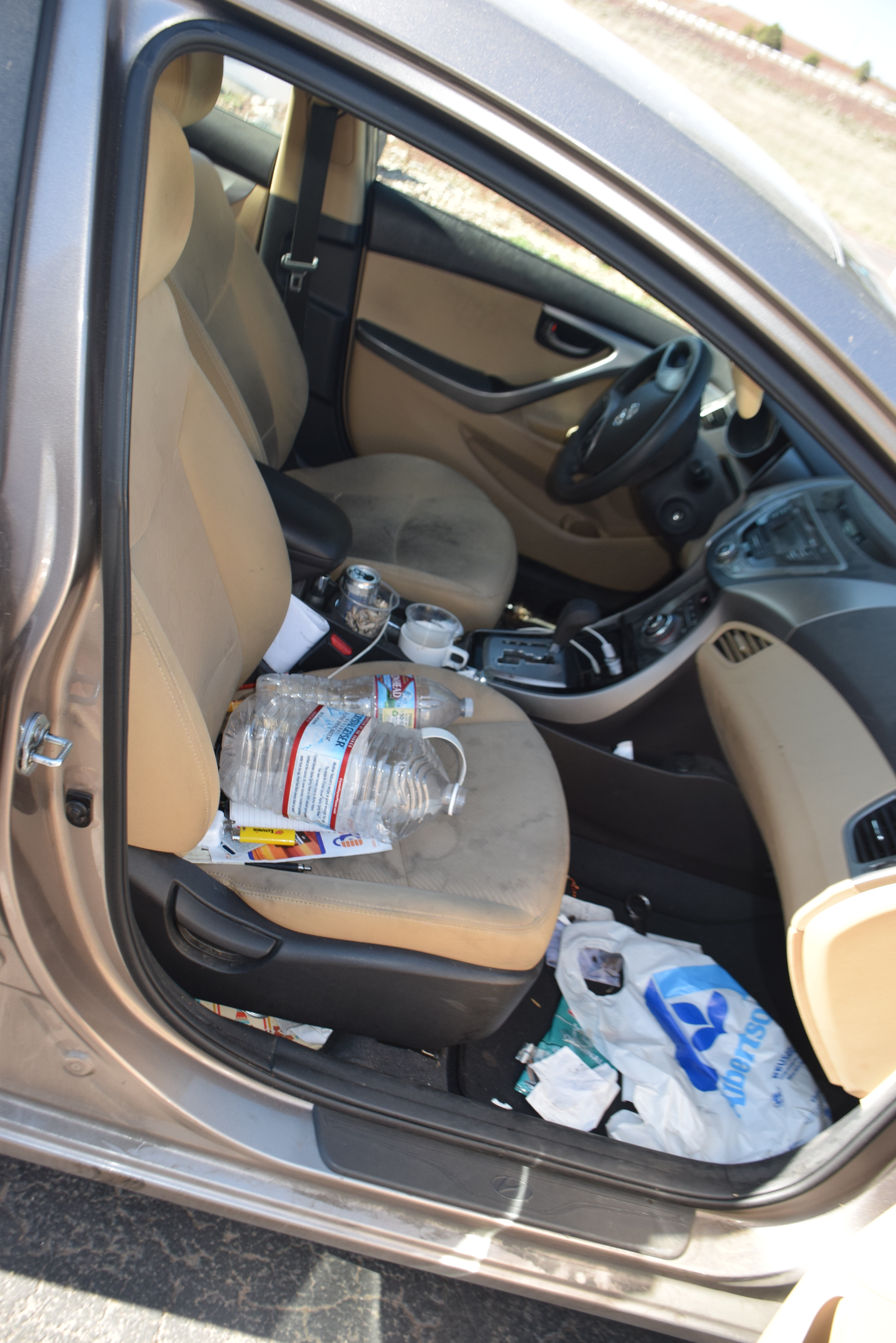 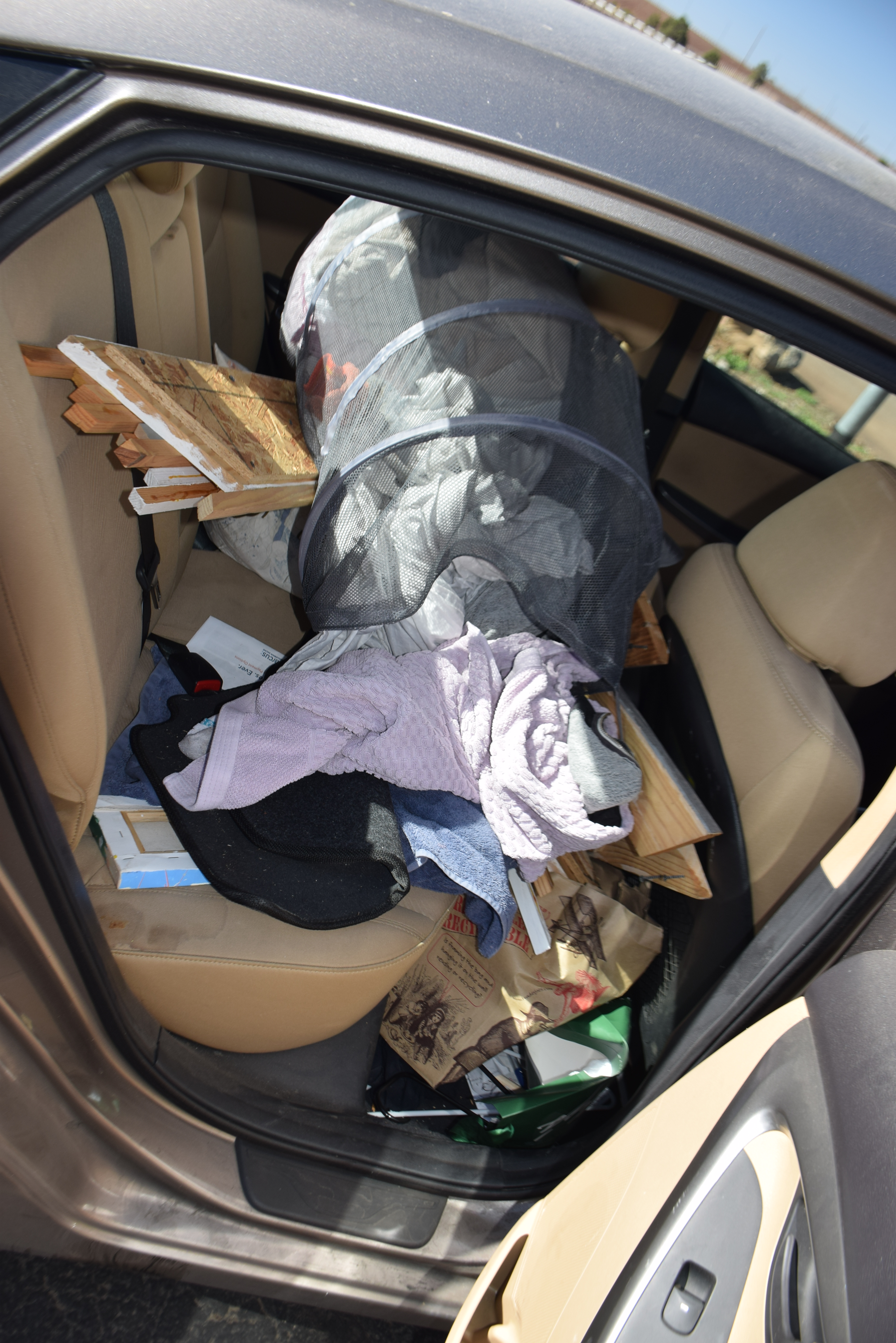 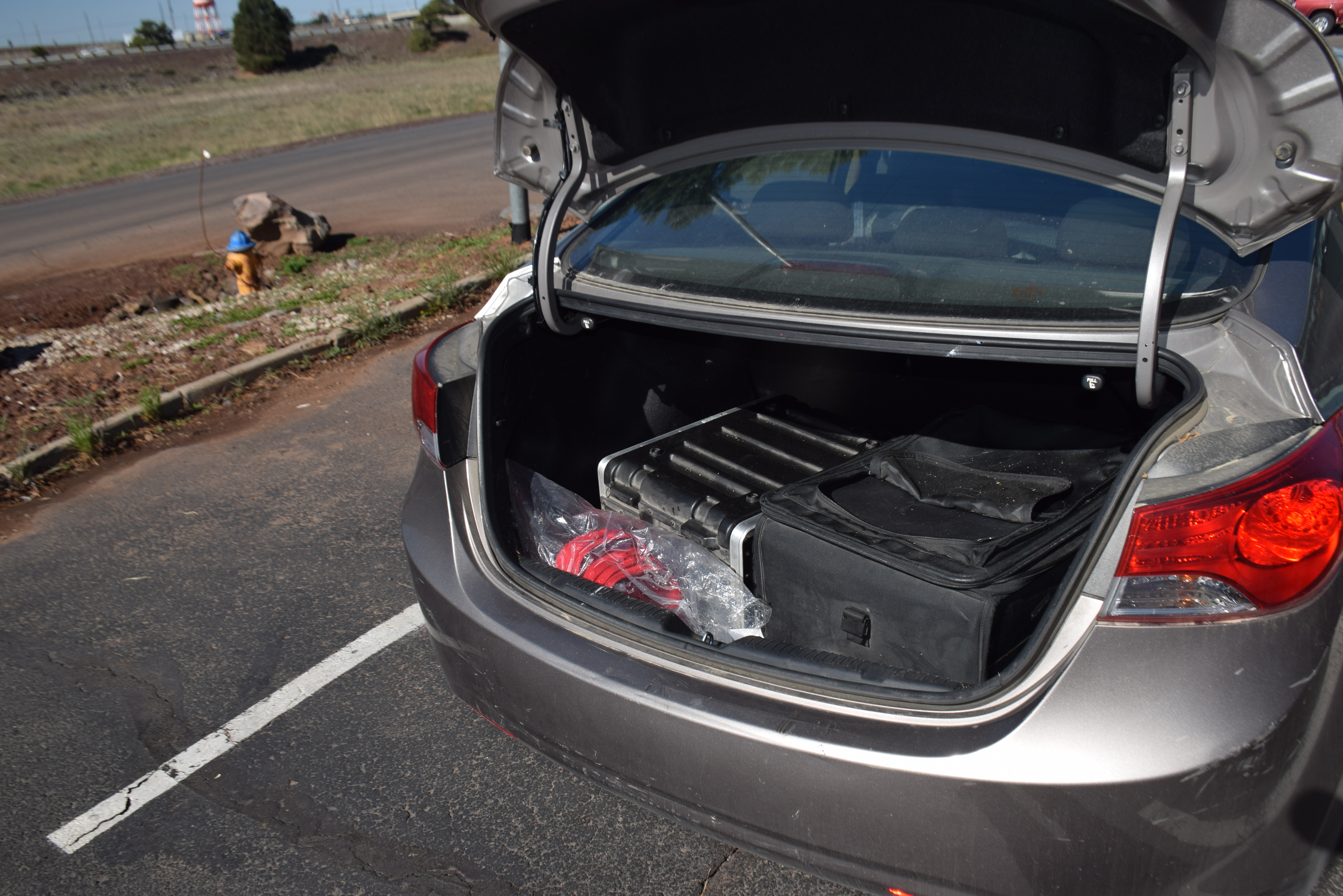 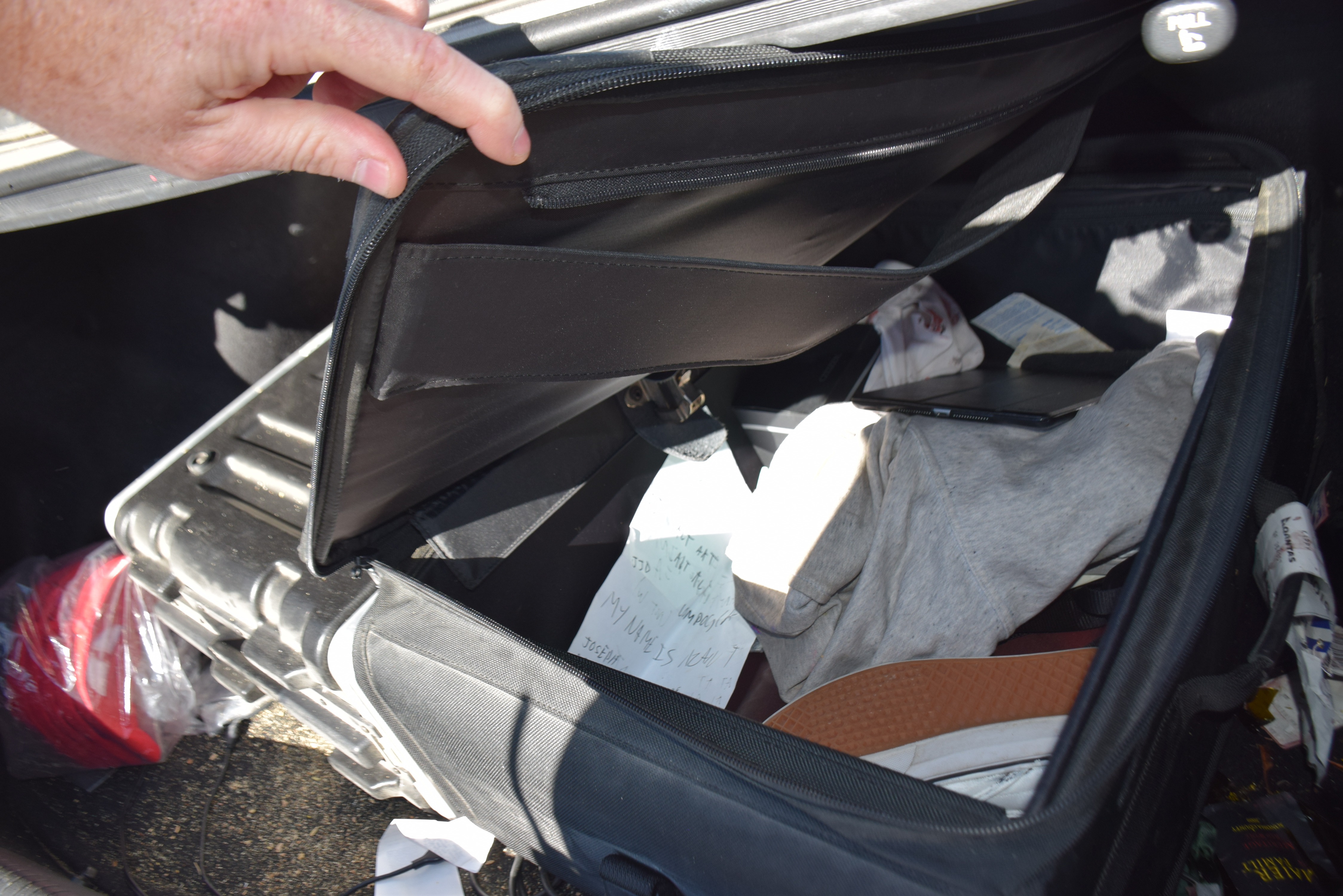 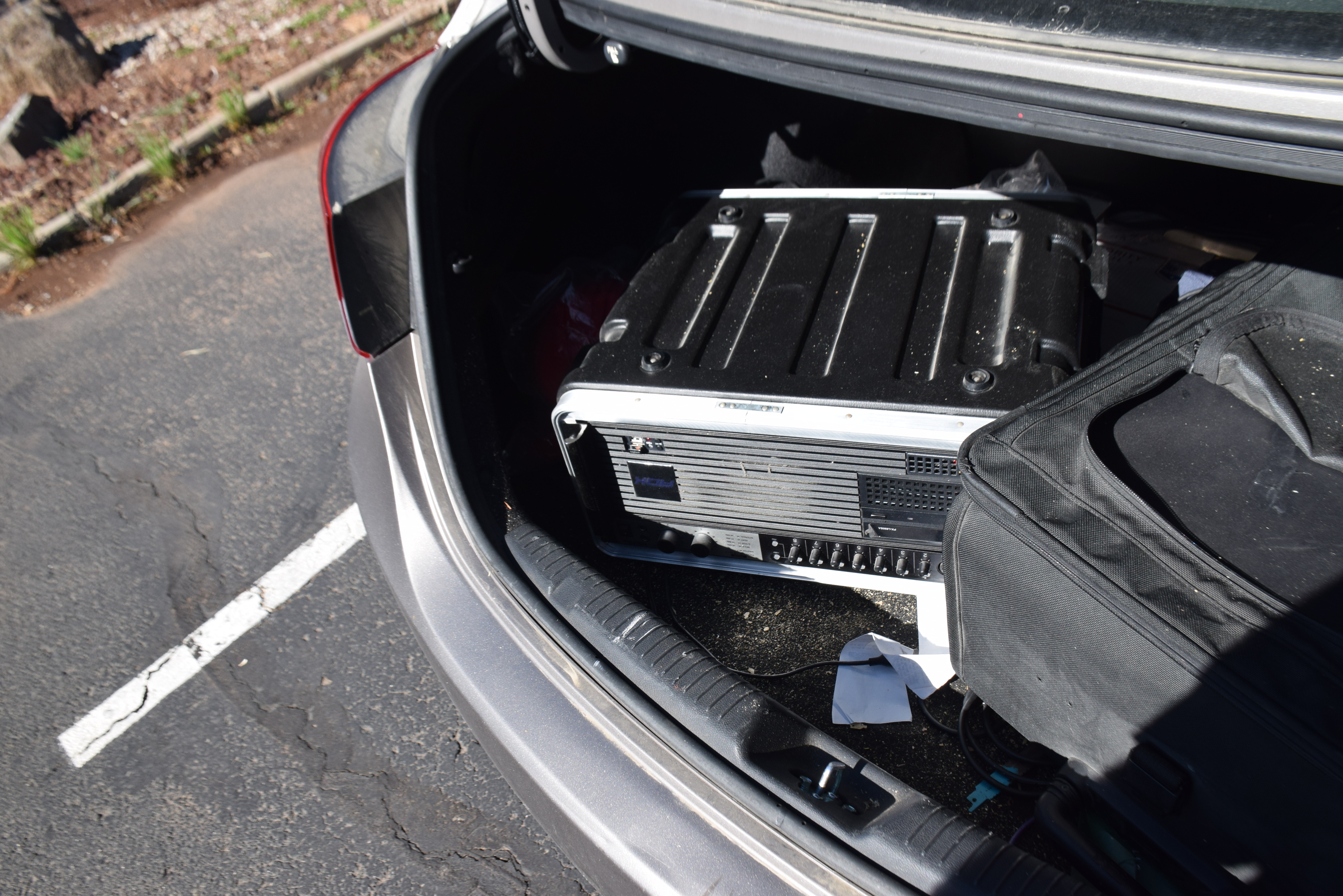 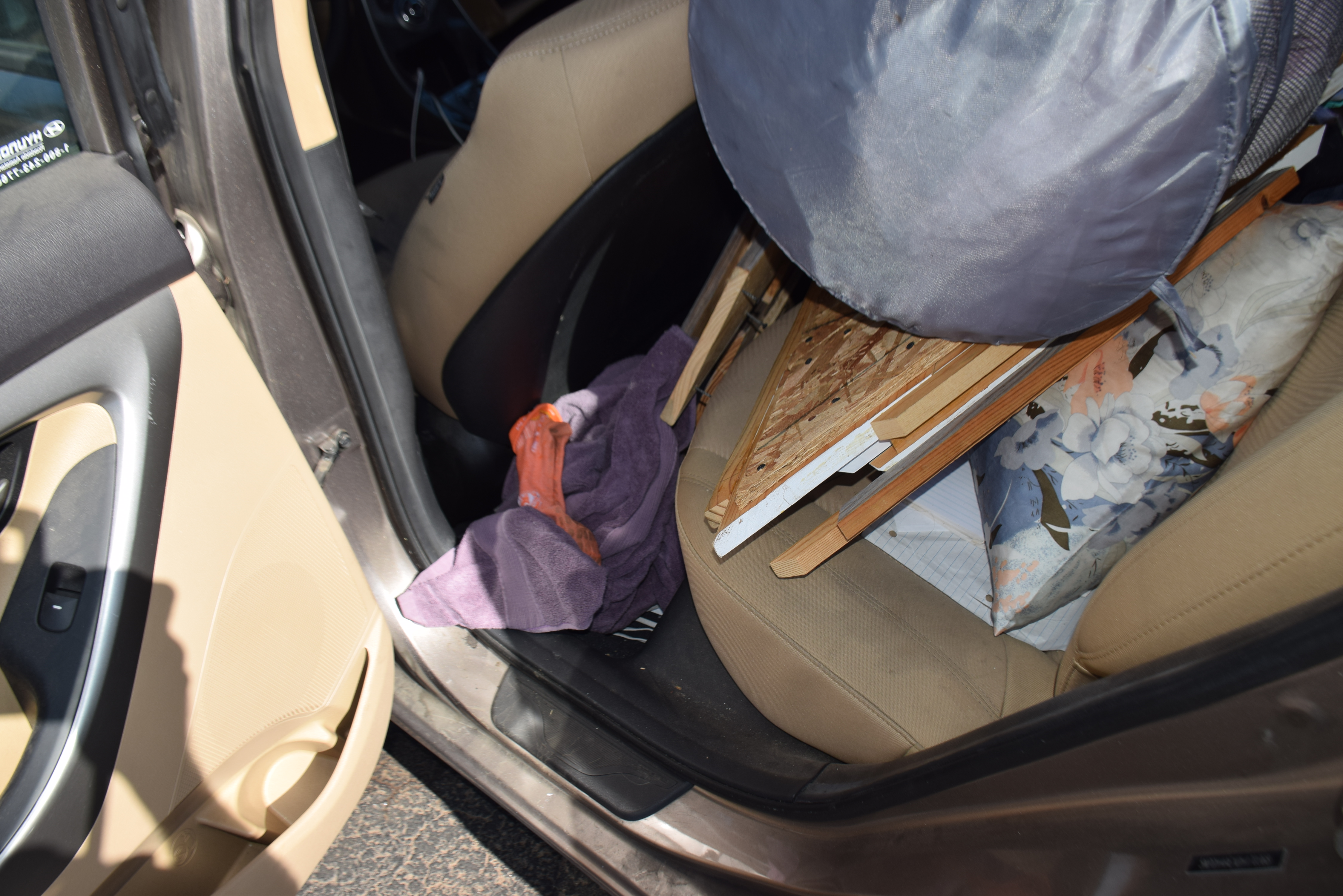 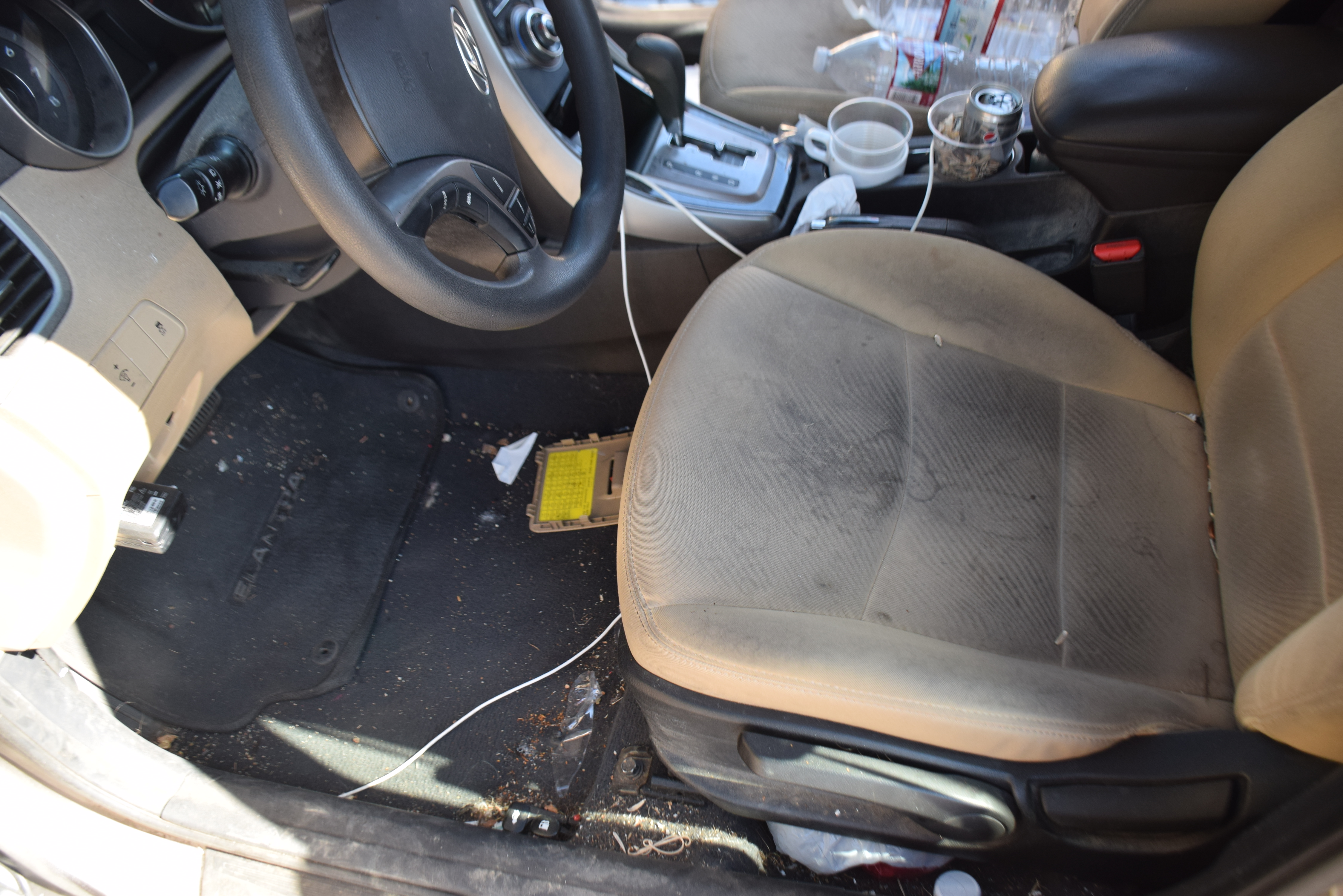 This was sent into me from Joe, A subscriber to my YouTube channel.

The only reason only the sidewalls were left on the wheel is because he drove for quite a distance with it flat. When you do that the edges of the rim slice through the tire where the tread surface meets the sidewall. Definitely not a sign of a violent failure/explosion/deflation.

You are 100% correct there will be signs of overheating when this happens. But the overheating is the result of the deflation, not the other way around. The tire did not explode. The BB trick does sound very possible. Unfortunately, the tread area gets ground to bits scattered for miles back.

Without having 100% of the tire we’ll never know if the deflation was the result of something nefarious or maybe he ran over a screw.

The fact that only the sidewalls remained was brought up twice but nothing should be read into that.

The distance required to cut through the sidewall depends upon two main factors. The weight of the vehicle and the strength/composition of the sidewall. (polyester or steel belts for example) Can easily happen within a mile or two. We see this sidewall cutting frequently. It’s surprising how many people drive on a flat without even realizing they are. They typically realize it once they slow considerably or as they come to a stop. When they see what’s left of their tire hanging off the rim they assume something violent, such as an explosion, took place. Can’t blame them, it does appear that way.

Typically they ran something over and now have a relatively slow (as apposed sudden, instant deflation) leak. The deflation is so slow, so gradual that they don’t notice it until they come to a stop. The person on the other end of the line that heard the possible tire explosion is a very interesting piece of information. I am wondering though… do you think he may have heard Isaac run some object over on the road? Perhaps the object was thrown into the wheelhouse by the tire. Thus leading to the flat? That can be a very noisy event.

Again, can’t thank you enough for all you do. If there’s ever anything I can do to help, via email, phone or whatever, say the word. Take care, Joe

Thank you Joe for taking the time to reach out to me. I appreciate it very much and it shows everybody just how much this event has touched so many people.

Isaac’s Last Conversation at the Time of the Blowout

Please note. I wish I could say I personally spoke to the person who claims he was speaking to Isaac at the time of the tire blow out but he has refused to speak with me on the several occasions I requested. His following statement was written down two days after Isaac’s death and given to a member of the Famalam to pass on.to Nathan Stolpman at Life the Veil who read it in a live broadcast.

This is his statement:

The point of this written statement seems to be more of an attempt to convey to everyone that Issac had died accepting Jesus Christ as his savior than anything else. I say this in no way to demean anyone’s religion or personal faith. On the contrary, I believe faith to be a crucial component to spiritual fulfillment. I say it simply as an observation after reviewing the statement.

The statement appears to be an acceptance of suicide and seems to purposefully avoid any consideration that something else may have befallen his friend. It doesn’t appear he considered what may have happened other than how they affected Isaac’s faith and peace in the end. If he has, he certainly hasn’t spoken to anyone about it. I believe there are many things he could clear up but for whatever reason, he chooses not to speak about it.

Theories people have floated to me since the beginning of this investigation.

I do not necessarily endorse any of these theories, this is simply what has come in consistently throughout my investigation.

I’m not sure where to put this in the mind map but I’m pretty sure it fits here as it has to do with the tire more than anything. I swear the following is true and my research team can vouch for the messages I sent them at the time.

I took three weeks off from the investigation and conducted a tour through four states. Afterward, I spent a week in California and met up with several members of my research team and relaxed. The final two days we were discussing the idea of putting down the investigation soon and letting everything lay where it was. I almost didn’t finish this project you are now reading.

I flew back into Phoenix, AZ and caught a LIFT out of the airport. 3 minutes out the driver stated that he thought he had a flat tire and needed to pull over and check it out. He pulled to the right side of the road. We were eastbound on the 202 and he parked almost under the 101 overpass. I became very nervous as I was unarmed and caught in the open on the highway. I jumped out of the vehicle and looked for any threats. Checked out the driver real good for weapons under clothing etc. Nothing.

I walked around the vehicle and saw that the front right tire was flat. My driver Larry was going to call for road assist. But I told him we’d do it…”Set the break, pop the trunk, give me the floor mats.” We had the tire changed in 5 minutes flat. When I put the tire into the trunk and shut it, I noticed the Make and model of the car. It was a Hyundai Elantra.

After being back in Phoenix for 30 minutes, the Lyft vehicle I was in, a Hyundai Elantra, sustained a flat to the front right tire…What are the odds of that? I took this for a sign. This is what made me decide to push forward and conduct the final 3 interviews and finish this project. We’ll see where it goes from here.