Did anyone notice something strange about the Trump administration? The number 17. It was everywhere. To the casual observer, it more than likely wasn’t noticed or passed off as simply coincidence, however, to trained political occultists, numerologists, witches, and members of secret societies who wait for these coded drops, the entire 4-year term was confirmation that Trump’s presidency marked something decidedly different from other administrations.

And although the number #17 was everywhere it was no more prevalent and meaningful than to members of the “Q” community, or Qanons. An internet-based group of independent researchers who were convinced that  Trump was firmly at the helm of this republic implementing his 9D chess strategy in an effort to drain the swamp and restore this nation back to balance. Q=the 17th letter in the alphabet. Unfortunately, for America though, Trump walked away from what would have been his greatest day and the day that would have led to actions that would have truly drained the swamp and pushed back the hordes of communists who now occupy Washington.

Check out these headlines released during Trump’s administration. 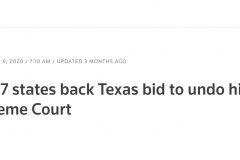 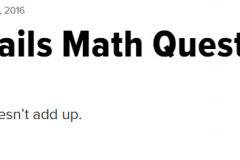 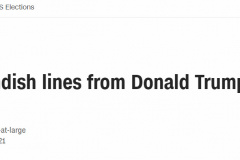 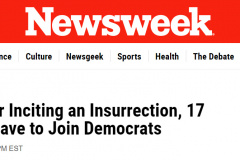 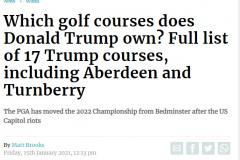 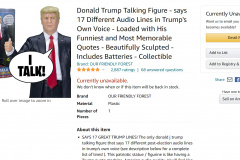 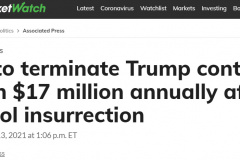 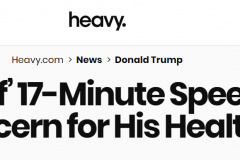 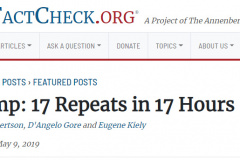 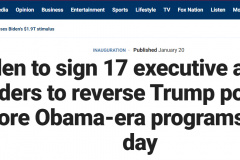 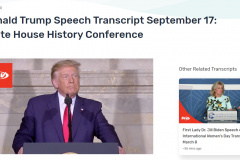 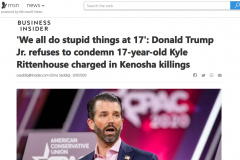 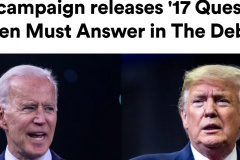 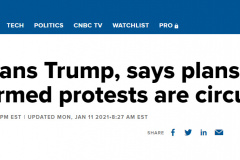 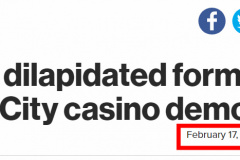 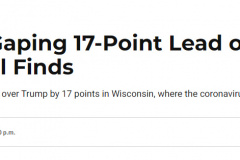 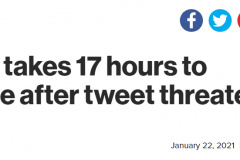 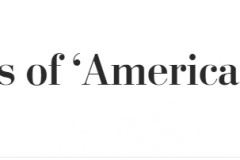 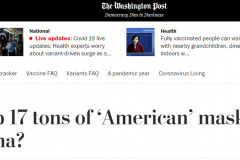 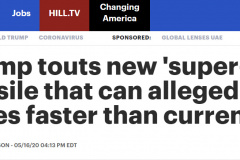 And then there was this

Trump inserted this little bit into a Tampa, FL rally. This really fired up the “Q” community.

The meaning of the number #17 in the Bible/Occult Numerology

It is well known to Jews and biblical scholars that the first time a number, letter, word, concept, or anything for that matter, is mentioned in the bible it defines God’s meaning for it as used in a biblical context. The number seventeen is first used in Gen 7:11 in regards to cleansing, and followed again in the next chapter in regards to restoration.  This firmly defines the number seventeen as being quite a heavy number, a number used by God himself in relation to rather sizeable events. You will see this pattern repeated a few times.

The number #17 has significant Biblical meaning as well. In fact, where it is found in the bible it usually stems from the direct hand or actions of God. The most significant events in the Bible involving the number #17 are the following.

Gen 7:11 In the six hundredth year of Noah’s life, in the second month, the seventeenth day of the month, the same day were all the fountains of the great deep broken up, and the windows of heaven were opened.

Gen 8:4 Then the ark rested in the seventh month, the seventeenth day of the month, on the mountains of Ararat.

1. God prevailed over evil and the sinners of Earth

2. God landed the ark and began the restoration of Earth

Fun Fact: The mountains of Ararat are at an altitude of 17000 feet.

The resurrection of Jesus Christ

1Co 5:7 For indeed Christ, our Passover, was sacrificed for us.

Jesus was dead for 3 days ergo Jesus rose from the grave on the 17th day of the month.

1. Jesus was resurrected and restored

Elijah and the Number Seventeen

To preface this next bit here it is first necessary to understand that Elias and Elijah are one and the same character within the biblical canon. Although many Christians will argue with this and claim they are different people, the fact is, that stories in the Bible are circular and many people play the same character throughout the text. This is basic knowledge to occultists and Biblical scholars. If one were to read into the context of the Character Elijah they will see that he is a harbinger of the coming, both the first and second, of Jesus Christ/God. The name Elijah is a TITLE that means: He who harbingers the coming/restoration.

1 Kings 17:1 And Elijah the Tishbite, who was of the inhabitants of Gilead, said unto Ahab, As the LORD God of Israel liveth, before whom I stand, there shall not be dew nor rain these years, but according to my word.

Jesus made a comment about the coming Elijah in Matthew 17:10-13

Matthew 17:10-13 10. And his disciples asked him, saying, Why then say the scribes that Elias must first come? 11. And Jesus answered and said unto them, Elias truly shall first come, and restore all things. 12. But I say unto you, That Elias is come already, and they knew him not, but have done unto him whatsoever they listed. Likewise shall also the Son of man suffer of them. 13. Then the disciples understood that he spake unto them of John the Baptist.

Book of Luke, an angel announces the birth of John the Baptist

Luk 1:17 He will also go before Him in the spirit and power of Elijah, to turn the hearts of the fathers to the children and the disobedient to the wisdom of the just, to make ready a people prepared for the Lord.

The Prophecy of Malachi

This means that Elijah is the final messenger of God before his judgment. AGAIN. Just like the flood. this is a RESTORATION.

The first chapter of the book of Matthew (Genealogy of Christ) 17 verses, is without a doubt the most solid piece of evidence that the Bible was not written by man alone but rather influenced by knowledge or agents much older/divine. But more to our purposes here is the numerical play at work surrounding this amazement.

Heptadic means: Of or relating to Sevenfold.

Within the first 17 verses of Matthew was discovered a code that to this day, can not be duplicated by human effort. Nor human effort aided by millions of computers and AI. Within these verses is a grammatical/numerological code that defies the laws of probability. It is known as the Heptadic Code or Heptadic Structure and was discovered by Russian-born Ivan Panin in 1890. In short, the Heptadic Code follows these grammatical rules.

If you are interested more on this topic I have written an entire article about it here.

Other Seventeens in the Bible

What does all this mean?

It means that there is some serious numerical work at play going on here. Either by the terrestrial powers that be or others. There is no doubt that Donald J. Trump shook up not only United States politics, but the world to a degree that no other elected politician ever has.

If you are a regular reader of this website then you know I have my problems and opinions of President Trump, none of which are currently favorable. I voted for him twice to be sure, however, there is no doubt in my mind that Trump is playing a much larger part in all of this and purposefully didn’t do all he could to save our republic from the communists who are currently in power.

Could it be that all this biblical numerology surrounding the number seventeen and corresponding with Trump truly is the signaling of Elijah’s return or a metaphor for it?