I want to give special thanks to “ShadyJ” listener and supporter of The Phoenix Enigma channel / live broadcast for bringing this to my attention. While discussing this story live on air she pointed out that the microphone was displaying the number 3 twice, encoding the number 33 right there in plain sight… Upon further inspection, there was much to De-Occult here.

On December 18, 2020, news broke that Tiffany Dover, a nurse from CHI Memorial Hospital in Chattanooga, fainted 17 minutes after she received the COVID-19 vaccine.

Of course, the main story was that a nurse who supported COVID19 Vaccines had just fainted shortly after getting the jab. This was in light of a number of other stories that had been breaking in the past few days about many other people around the world having negative adverse effects to the vaccine.

Ms. Dover made another statement for the news a short time later after recovering to tell us this.

OK. I got a ton of issues with what we just saw. Let’s Begin with the De-Occulting before we discuss what it all might mean.

If you look at the microphone you’ll see two number 3’s displayed front and center. This of course is the number 33.

Next, we have the TV station who is filming this little psyop, WRCB. You can see their initials right there below the 3’s.

33 is obviously the highest ranking within the Scottish Rite of Freemasonry. This is obvious enough. However, it is also used to pull in the Christ energy. Jesus was 33 years of age when he died and was resurrected. For more information on the number 33 please see the Numerology section of this website.

“I have passed out probably six times in the past six weeks. It’s common for me.”

This isn’t accidental scripting. It is very intentional and ties into the ritual mechanics of this entire piece of energy work.

First things first. The number “33” or “Thirty and Three” is found “6” times in the Bible.

And this is important from a Pythagorian perspective in realizing how these numbers resonate within the world of mathematics and ergo their effect upon the physical world.

“36” is one of the primary numbers representing the SUN in the occulted sciences. This is the number of the Magic Square of the Sun/Son. Again, “36” is a Christ number.

“36” is also the sum of 13 + 23. Whereas most people reading this will be familiar with the number 13 as representing the number of “rebellion” the number 23 is the number of “Incarnation of Spirit in Matter.” Add these two together and you have a powerful force. Perhaps the darker side of Spirit incarnated. Remember that EVERYTHING is duality. The ancient Gods were always represented as such, it is only our modern Christian faith that paints our God as “all good.” Just a thought.

“I have passed out probably SIX times in the past SIX weeks. It’s common for me.”

This is a direct laying out of “66” and resonates with the Christ energy of 33 as there are 66 books in the Bible. “66” has been showing up everywhere this year.

Is it a coincidence that WRCB sums to 46?

If you believe the MSM about the stolen election, it would appear to seem that Joe Biden has been elected the 46th president of the United States. If Trump wins, he will still be the 45th.

Nurse Dover fainted 17 minutes after she took the vaccine.

The Number 17 has played a front and center role this year surrounding President Trump. It has been a defining number and shows up with predictable regularity in speeches, dates, times, & special events.

The time between when Ms. Dover took the shot and when she fainted is 17 minutes & 40 seconds.

Nurse Dover’s explanation as to what occurred leaves far more questions than answers, and quite frankly doesn’t make much sense at all. In the follow up video she says-

The first thing I have to ask is. Do they let people who are prone to syncopal episodes perform life-saving duties in a CCU? It would seem to me that there is a lot of action that takes place in a CCU. Lots of STRESS, and even exhaustion at times.

Common causes of syncope include low blood pressure or dilated blood vessels, irregular heartbeat, abrupt changes in posture, such as standing up too quickly, which can cause blood to pool in the feet or legs, standing for long periods of time, extreme pain or fear, extreme stress, pregnancy, dehydration, exhaustion.

Syncopal episodes are often preceded by warning signs or symptoms including nausea, slurred speech, weak pulse, changes in body temperature that make you feel suddenly flushed or chilled, sudden, clammy sweat, pale skin, disturbances to your vision, like seeing spots, tunnel vision, blurry vision, or dilated pupils, feeling as if sounds are suddenly very far away, lightheadedness, wooziness, or feeling as if your head and body are weightless, numbness, dizziness, vertigo, or a sensation that the room is moving, rapid heartbeat, body weakness, shakiness, headache.

Again, do they allow people to perform ongoing lifesaving duties if they pass out anytime they have “Pain from anything”?

She states that she has passed out 6 times in the past 6 weeks. I wonder how many of those were while she was at work performing lifesaving duties? Would you like your local firemen to have this condition? How about police officers?

And the question begs asking –

Why in the world would a hospital choose a nurse to be a spokesperson on LIVE NEWS who has a history of fainting from “PAIN FROM ANYTHING?” Does anyone really believe this? Seeing that she’s fainted 6 times in the past 6 weeks AND SHOTS TEND TO HURT. Who chose these optics?

The Other Doctor in the Interview’s Explanation

The news crew then took a moment to interview another doctor or nurse who was there. No name is given in the video but he does his best to Doc-splain the event and pass along some free advise while he’s at it.

Apparently, I’m not the only person who had these thoughts. If you read the comment section in the original YouTube videos they are filled to the brim with questions like these pointing out the obvious.

Thoughts on the Ritual Dynamic

People’s opinions on Vaccines are quite polarized and are not going to change easily. It would seem to me that this was designed to catch the attention of the media and get it into the purview of as many people as possible. By doing so, the public was given the scenario that may play out due to the untested vaccine and its negative side effects. Pro-vaxers were given reasons as to why this all happened So that when it happens to themselves or a loved one, they will have a ready-made explanation which they can share and defend with everyone they know.

Anti-vaxers are not going to be convinced with any amount of MSM propaganda anyway, so this wasn’t for them to begin with.

The embedded numerology was messaging to those who have the eyes to see and the wisdom to understand.

This Occulted Psyop was a TRAINING VIDEO. It was designed to show people what is to come and subconsciously prepare them for it. 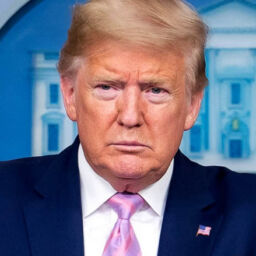 So why has no one seen here since 12/17/2020? Was that part of the ritual, her disappearance?
Of course they say she is fine and all, but no proof of life since 12/17 and many are asking.

I’ve heard and seen proof of both her being alive and dead….