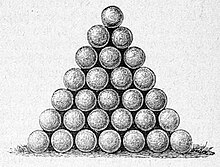 Cool! And wow! What a wealth of information. Thanks for this study and read. Twenty eight has ‘felt’ like a special number. Being born on the 28th; I’ve had many opportunities to think about it.