Unlike Cardboard-gate, which in my mind has been finally put to rest, the issue of “The Homeless Man” still remains unresolved.

Statements and references to “The Homeless Man” came up early and often in the investigation by multiple eyewitnesses. Each of these eyewitnesses had made reference to this individual completely unsolicited by myself in their respective statements or interviews.

Nearly everyone I interviewed in Belmont believed the man who jumped off the overpass that day and died was a homeless man who’d been hanging around in the area for quite some time. What’s more, when shown pictures of Isaac, said that they looked nearly identical. Each of them mentioned this in their respective statements or interviews, of which you can hear them on the eyewitness testimony page.

This homeless man, apparently not only Panhandled and gleaned what resources he could from the pilot station and its customers. He sat at the stop sign in front of the McDonald’s sign and panhandled with his cardboard sign often enough to fix himself in the minds of local Bellemont residents who would leave the community every morning on the way to work.

During the course of this interview, this person told me that the man who committed suicide was the guy who’d been hanging around the truck stop for a couple of weeks. She mentioned that on Friday, May 10 he had come in to buy beer and told her that he just wanted to “end it all.” She mentioned the man had a dog with him. I informed her that the man who jumped was not a homeless man but instead Isaac Kappy, an actor from California. I showed her a couple of pictures of Isaac, and the second one she said looked very much like the homeless man. She went on to say that she had seen him almost daily since she started work there three weeks prior but she hadn’t seen him since May 12, 2019.

Stated in the recorded interview that she believed the man who jumped was the man to be the homeless man who’d been sitting there in Belmont with his dog for the last 3-4 days. She described him as having brown curly hair that he kept pulled back with a headband. Also stated that “he looked clean, well-fed” and “just needed a ride” Stated that this man has not been back since the incident.

This man drove by and was diverted around the scene on the morning of the incident. He mentioned in his interview that he understood it was a homeless man who had jumped.

Assorted Bellemont Residents talk about the homeless man who jumped

The following picture gallery was provided to me by a Bellemont resident from screenshots. It is from a closed FaceBook group. In this thread, THERE ARE 3 REFERENCES TO A HOMELESS MAN WHO LOOKED JUST LIKE ISAAC WHO WAS THE JUMPER. Keep in mind that this is independent of any outside influence the day of the incident. 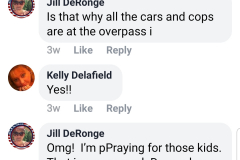 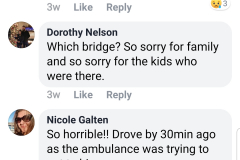 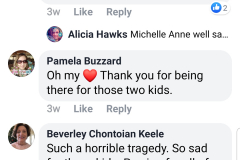 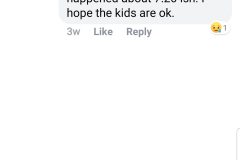 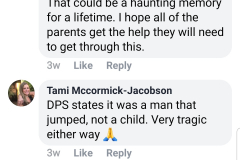 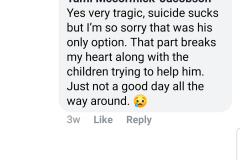 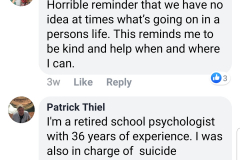 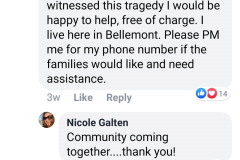 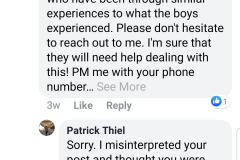 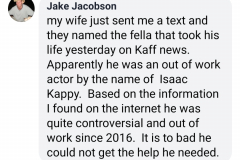 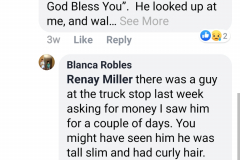 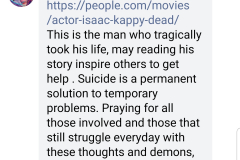 What are the chances?

With a preponderance of occultic overtone and bizarre circumstances surrounding Isaac’s death and with so little to go on in regards to “The Homeless Man”, we are left with either chalking it up to an amazing coincidence or attempting to fit it into a workable scenario with the information we possess. Admittedly, the direction of this line of thinking is conspiratorial, but then again conspiracies happen every day, and until more develops we are left with this other possibility to consider.

I recall hearing early on in the investigation (within weeks) that somebody who matched Isaac Kappy’s description exactly was spotted hanging out with law enforcement personnel at Camper World. I can’t recall where I heard this or perhaps I read it, but I’m certain that I did. Without proof is neither here nor there but I’m not leaving anything unsaid/undocumented.

If you have any information regarding this please contact me.

It is been suggested to me dozens of times that perhaps Isaac’s brother was the homeless man look-alike. I’ll be the first one to tell you that I do not know the whereabouts of David Kappy for any period of time ever. I’ll also be the first one to say that it would be highly unlikely that David would pretend to be homeless for four months and periodically sit outside of a gas station on Interstate 40 in the freezing cold. It would also be highly unlikely that anyone would have a hand in the death of a brother. In light of this, it has also been suggested that if indeed David was involved somehow, perhaps he believed he was participating in an operation to save his brother and take him into safe custody/protection, etc. Still, there is no evidence for this and from my conversations with the family, I believe this to be highly unlikely.

Many people have contacted me suggesting that maybe the homeless man was an agent participating in a deep-state operation. At first, this seemed crazy, but the earliest record of the homeless man is from Feb. about the time Isaac began ramping up and outing pedophiles again. It was around this time he came out with his “Brackets and Jackets videos, wherein he turned his focus from Hollywood to Washington D.C. this would also mean that there was an operation place to take out Isaac at the specific location at least three months prior to its execution. Furthermore, it would mean that the plan included a decoy who looked identical to Isaac who sat in the noticeable position for months panhandling in the cold. Keep in mind this person was seen often on. 2 to 3 days on then 2 to 3 days away. It would be very easy. Too easy in fact, to have this operative working out of the military base across the highway.

From here one can script any spy movie narrative they wish, and with the bizarre events that occurred on the overpass that morning, there is definitely room for some creative writing.

Isaac did allegedly say in the end that he had been contacted by the Trump administration and that they had accused him of committing treason. He stated in his last periscope he would opt for public execution as opposed to being ripped limb from limb for his crimes and betrayal. It is no secret that Isaac followed the Q movement and was a patriot, he was also quite public in the end about making a mistake in betraying those movements.

I do not pretend to understand everything that goes on within the world of deep state operations but it is a fact that dozens of people connected to the Clinton’s have mysteriously committed suicide. And it is not escaped anyone’s attention that Jeffrey Epstein allegedly recently hung himself in prison as well.

I find it to be quite possible that actors within the federal government in conjunction with the US military would be willing to pull off an operation as suggested. That being said we have no direct proof or evidence of it. But then again if we did, that wouldn’t exactly make them America’s finest. Now would it?