Isaac was born in Albuquerque New Mexico on February 17, 1977, to parents Glen & Wendy Kappy. Isaac had a younger brother David and lived in Albuquerque until he moved to California in 2005 to pursue his acting & singing career. Growing up, Isaac always loved music & singing, it was his first love. Isaac was extremely talented in many areas & for starters, was a Viola prodigy at age 9, which led to a scholarship at the University of Arizona. Isaac transferred from the UofA to the University of New Mexico where he graduated in?

In 2009, Isaac met Nate Santa Maria & they formed the band, Monster Paws. Isaac would become the lead singer of Monster Paws, in addition to, writing and producing, much of their music. Isaac was an extremely talented musician & could play just about any musical instrument. He could sing, create beautiful music & lyrics, as well as art & paintings, with different natural & organic materials. Isaac was a fine actor, an excellent voice impersonator & man, could he dance!! He was very smart, caring, funny, charismatic, loving, empathetic & people were just drawn to him.

When Isaac moved to California in 2005, he eagerly ascended on to the acting scene in Hollywood becoming friends with actors like Seth Green & was given his first role as “Hustler” in Beer Fest (2006). He received a role in Vanderpump Rules where he performed a duo in 2018 as (Charles McMansion) with Tom Sandoval, in the music video, T.IP. “Touch in Public”. He also played, Garfunkle in FanBoys (2009) & then as Barbarosa in Terminator Salvation in 2011. He really enjoyed his role as the “rowdy prisoner” in a “Breaking Bad” episode in (2009). He also played Mel in “Lemonade Mouth” & the pet store clerk in Thor, in 2011. Isaac was very proud of his contributions to the soundtrack for “The Babysitter” in 2017 as well. His last on-screen role was in 2016 on an episode of “Rachel Dratch’s Late Night Snack” but acting was never his first love, it was always music.

Isaac was a fan of sports and often watched his favorite soccer team, The Arsenal. Isaac loved food & trying new things. His favorite above all, was tacos, any & all tacos, with burgers coming in a close second. If he wanted to blow off some steam, dancing or karaoke were his go-to releases, respectively. Isaac LOVED people, all people, & he loved talking to people about their story because everyone has one & until you know it, there is no relating to their journey & Isaac understood that.

It was because of this love for people & children that Isaac would make a decision that would forever change the course of his journey. Little did he know that this decision would be the beginning, of the last 10 months of his beautiful life.

On July 22, 2018, Isaac was compelled to get in his car and drive to Comic-Con in San Diego where he would do a live stream on Periscope, telling the world that his good friend, Seth Green, was a pedophile, thus becoming a whistle-blower & a target. This was followed up by many more live streams over the coming months calling out even more A-listers & other entertainers in Hollywood, like Steven Speilberg, Tom Hanks, Patton Oswald, James Gunn (we already knew that one but he verified), Clare Grant (Seth’s Wife), Dan Harmon, Justin Roiland, Dan Fergeson, Tyler Shields, Marilyn Manson, Matt Cohen, David Yarovesky (Yarvo), Dan Schneider, Steven Colbert & more.

Isaac’s awakening began after 911 where he started asking questions & researching from that point forward. He followed Q (a military operation behind the POTUS helping wake up the general public to the Deep State’s evil deeds) from day 1 & loved & supported our President. Isaac created a community of newly woke patriots that quickly turned into a family, The Famalambergesus, that were dedicated learners of truth & Isaac was their guide. He shone a light in the darkest of places on earth, that most were unaware of, enlightening them to the horrors that are committed against our children.

Isaac was a pillar of hope & strength in the Truth community online & was very respected & loved. He would talk to anyone & everyone about his mission & research, sometimes sharing some of his music, after encouragement, along the way. His mission was to see that violent pedophiles & abusers of our children be eradicated from society because he believed that children should, “be able to grow up in a society where they are safe & free from pedophiles”.

Isaac Kappy lost his life on May 13, 2019, after falling from an overpass in Bellemont Arizona. It was ruled a suicide but the details are unclear for many. Isaac Kappy will forever be remembered as a hero & a patriot in the Truth community. Many lives have been changed by his presence in theirs & his light shines on in ALL of us. Isaac endured much hate online & was attacked daily for his accusations by those that don’t want their secrets exposed but he was never deterred from his mission & faced it all, focused & determined. He was a warrior for truth & a warrior for the children, that is his legacy. 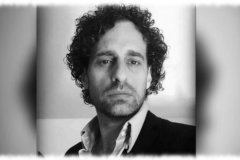 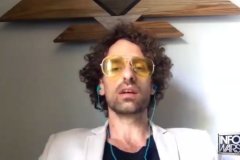 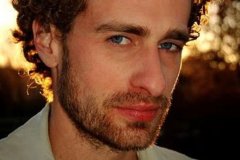 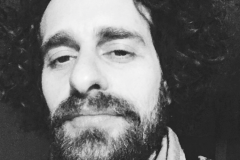 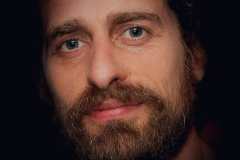 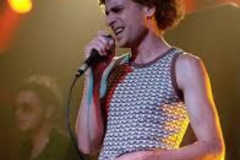 The Incredible Voyage of Captain Hook

Hi Cory, i want to thank you for this work you did on and for Kappy. You are a really good man. God bless you in all your comings and goings in this life and into the next ❤