Within three days of the beginning of the investigation, allegations were being made all over the Internet that Tom Hanks was complicit in the death/murder of Isaac Kappy.

It wasn’t enough that Isaac called out Tom Hanks directly which you can see in the below video. But Tom Hanks made a number of suspicious Instagram posts which at first appearing normal at the time they were posted but that many construed as threateningly ritualistic in hindsight of Isaac’s death. Upon further investigation of Hanks Instagram feed one sees a number of bizarre posts, LIKE MOST OF THEM, which seem to follow similar patterns of quite frankly bizarre photos of random objects on the ground. Most of those items being children’s shoes, socks, gloves, and personal ID Mr. Hanks just happens to find in his daily travels.

In this video, Isaac Kappy accuses Tom Hanks of being a pedophile.

First things first. There is simply no way Tom Hanks was not aware that Isaac had been accusing him of being a pedophile. I’m sure Mr. Hanks is a busy guy but at the time Isaac was making the social media rounds his message was everywhere in Hollywood and creating quite a stir.

Tom Hanks maintains an Instagram page which even normies agree is creepy. The cringe factor and level of creepiness here speak for itself and even those who don’t think Mr. Hanks is participating in occult ritualism have no idea what to make of his Instagram. It is not only the pictures that stand out as more than slightly “off”, but it is also the timestamps and comments that go along with them.

Here you will find dozens of pictures Tom “Hankx” has taken on his cell phone and posted. Most of which are lost Shoes, Gloves, and articles of clothing and effects, but there are also many photos of Tom pretending to open up or get into strangers’ cars. It seems Tom Hanks has a history of photographing lost articles of clothing and posting them on his social media. Not only do I not know any other famous people who do this, but I also don’t know anyone else who does this, nor do you I’m betting.

Stop and ask yourself the question. Why would a successful Hollywood actor who is 1. Assumedly extremely busy 2. Has a public image to maintain and shouldn’t be acting creepy, and 3. Should have better things to do with his time, go around photographing lost articles of clothing with strange accompanying comments and posting them on social media?

The Instagram posts concerning us in regards to Isaac Kappy are the following three.

This first photo was posted on March 13, 2019. The 72nd day of the year. Number 72 factors into nearly all public occultic ritual murders/sacrifices. It is a vibrational fixative that is used in the timing aspects of these rituals. Think of it as a “base” or “foundation.” It factors heavily into almost all organized religion as well, but practicing occults love it. See the number 72 page on this site.

Isaac was from Albuquerque, New Mexico THE LAND OF ENCHANTMENT.

What did Tom Hanks possibly mean by “Land of enchantment and loss gloves.”? Could it be construed that Hanks is insinuating and warning that Isaac is “lost”? Jeffrey Epstein, recently deceased due to suicide of his own in a jail cell awaiting trial for the trafficking and facilitating of child sex slaves to the DC in Hollywood elite, also has a ranch in “the land of enchantment”

The white Freemason gloves are spotless, and they signify that the works of a man’s hands must be as pure and as spotless as the gloves. Aside from Freemasonry however gloves symbolize the works of the hands of man.

Note. The glove in this photo is white and dirty or soiled.

This second one was posted exactly 40 days prior to Isaac’s death is the one that originally drew all the attention to Tom Hanks. Note “Hanx’s” comment.

It would be 40 days later (the duration of suffering in the bible) that Isaac Kappy would throw himself off the Transwestern overpass onto Route 66 and then get run over by a Ford F150 (roadkill). Note the round cap with the letter “P” on it in the bottom of the photo. cap-P or Kappy.

Note. The glove in this photo, like the first, is also white and soiled.

Within Freemasonry and the occult, gloves (and hands) are a symbol of “human actions.” For more on this, please see here. https://www.sacred-texts.com/mas/sof/sof22.htm

The caption in this one reads:

This next Instagram photo was posted the day of Isaac Kappy’s death, May, 13th. It is of a red handkerchief. Within the world of high profile occultic murders/suicides, there is the ever-present theme of the “red scarf.” High profile people are found hanged, often with red scarves, including Kate Spade and L’Ren Scott. The red scarf has become known as a symbol of those who have been “suicided” for talking too much or who was about to talk. And yes, these people all tie back to pedophilia.

Note the desert southwest motif with the big mountain on the kerchief in the background. Desert cliffs, a looming mountain, an RV, Native American symbols, desert flora. Across the street on Route 66 where Kappy died is a Camping World RV outlet store and Bellemont sits at the bottom of the largest mountain in Arizona called Humpfrees Peak. Bellemont means beautiful mountain.

Has anyone thought to ask why somebody would custom order a bespoke kerchief with an RV camper on it? Of all the things one could put on a kerchief, someone orders a custom kerchief with a huge RV on it in the high desert. Has anyone thought to point out that “Hanks” name is right over the top of the blood-red kerchief? Signature/Stamp/Seal/Claim?

This Kerchief was bespoke or CUSTOM MADE PER ORDER.

Was the sacrifice supposed to be carried out in front of the RV camping world? Is that where Isaac may have been on his way to when he stopped? Why were there reports of a man who looked just like Isaac over at the camping world two hours after this event? What happened to the homeless man who looked just like Isaac who was seen for three months prior to this event but never seen after May 12? OR

Breaking Bad was filmed in Albuquerque, the same town Isaac was from before he moved to California. “Breaking Bad” can be seen as what Isaac did when he betrayed Hollywood.

The flag of New Mexico

Again – Isaac was from New Mexico 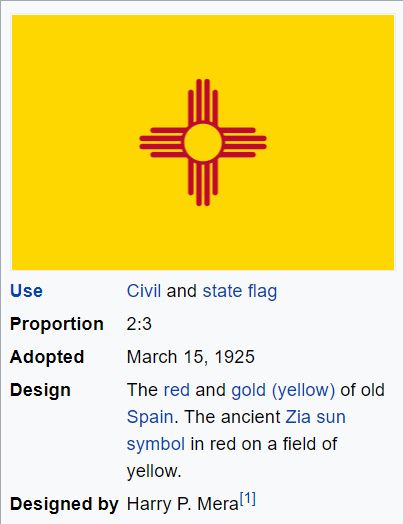 What are the odds that the man who ran over Isaac on Route 66 was named “Forrest” Scott Proctor Who’s name means “Manager of the Forest.”

“Blood on the road in front of an RV store”

Forrest Gump isn’t the only movie that contains foreshadowing of the death of Isaac Kappy. Tom Hank’s 1989 film Turner and Hooch also makes an uncanny premonition.

In the movie, Tom Hanks plays the part of Scott Turner, a neat freak cop of the fictitious town of Cypress Grove, which is actually Pacific Grove, CA. In the movie, the building at the southeast corner of Lighthouse and Forest Avenues was used to represent city hall where much of the movie takes place.

What was the name of the individual who ran over Isaac Kappy?

ALSO. What about all the reports for the local witnesses who reported that the man who jumped WAS a homeless man with a dog who’d been living at the truck stop on and off for 3 months? It was said that he gave the dog away to another homeless couple the day before he jumped from the Transwestern overpass. That homeless man has not been seen since.

Ritualistic Timing of these posts

First of all. “3” posts. There are only 3 degrees in the Blue Lodge of Freemasonry. 3 posts, 3 degrees. This number is the primary number found scattered throughout most of these public ritual shootings.

72 days between the first and second posting. 40 days between the second and third. The last photos posted on the day of Isaac’s death. I pointed out the significance of the numbers 72 and 40 above. But, there are exactly 32 days between the 1st and 2nd posts. OR the highest degree a Freemason can achieve without having the 33rd degree bestowed upon him.

Nothing. Absolutely nothing. I find this in itself to be rather strange. There’s no Possible Way, Tom Hanks has not taken note that hundreds of people have descended on his Instagram and accused him of being complicit in the murder of Isaac Kappy. Those histogram posts are full of comments accusing him of exactly that and pointing out the ritualistic aspects I just pointed out above.

Mr. Hanks has obviously not removed the photos nor has he commented on them. One would think he would have a publicist or maybe even a good friend who would encourage him to take them down as they are bad publicity and make some sort of a statement about grand coincidences and such but that has not happened either.

PEOPLE AR WAKING UP TO THE TRUTH ! Thank you for this article

The kerchief is from Tom Hanks son, Colin’s, brand. He was also born in 1977. I see the kerchief constantly mentioned but it appears no one actually researched further.

Thank you for the comment…Yes, we did research it. His son was indeed born in 77.